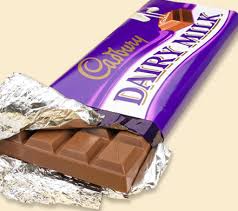 "Take two squares of dark chocolate and call me in the morning." I'd be all over those doctor's orders! Can eating chocolate really be good for your health?
Well, if it is, I'm certainly in great shape. I rarely let a day go by in which I don't enjoy a little bite of chocolate. I crave a little bit a day, much like those people who MUST have two cups of coffee in the morning.
The craving usually hits me mid-morning or right after lunch. A couple of squares or a small handful of chocolate-covered nuts, and I'm good to go. I just love the smoothness and the flavor of chocolate. No other food quite compares to it.

The possible health benefits of chocolate stem from the antioxidant flavonoids. Chocolate comes from the cacao plant, and cacao is extraordinarily rich in flavanols, a type of flavonoid phytochemical. (Other plants rich in flavanols include tea, grapes, grapefruit, and wine.) That sounds simple enough, but some forms of chocolate have a lot more flavonoids than others.
So here's Health by Chocolate Rule of Thumb #1: The more nonfat cocoa solids a chocolate product contains, the more antioxidants it tends to contribute.
And what about the fat found in the cacao bean? It's true that cacao contains some saturated fat. But most of it is stearic acid -- which studies have suggested doesn't elevate blood cholesterol levels as much as other saturated fatty acids. The other fatty acids in cocoa butter are monounsaturated fat (considered a desirable fat) plus another saturated fat called palmitic fatty acid. But here's where it gets confusing: chocolate products can have other types of fat added, like "milk fat" or "partially hydrogenated vegetable oil" or even coconut or palm oil (both naturally saturated oils), in addition to "cocoa butter."
So here's Health by Chocolate Rule of Thumb #2: If the chocolate contains fat ingredients other than cocoa butter, it might contain the more harmful saturated fats and trans fats, rather than stearic acid.
One tablespoon of cocoa butter oil contains:

The Possible Health Benefits of Chocolate

1. They May Reduce the Risk of Heart Attack.

A few squares of dark chocolate a day can reduce the risk of death from heart attack by almost 50% in some cases, says Diane Becker, MPH, ScD, a researcher with the John Hopkins University School of Medicine. Becker's research found that blood platelets clotted more slowly in people who had eaten chocolate than in those who had not. This is significant because when platelets clump, a clot can form, and when the clot blocks a blood vessel, it can lead to a heart attack.
"The flavanols in cocoa beans have a biochemical effect of reducing platelet clumping, similar to but much less than aspirin," Becker says in an email interview.
After reviewing 136 scientific publications on chocolate and its components and heart disease, researchers from Harvard University School of Public Health concluded that short-term studies suggest cocoa and chocolate may reduce the risk of cardiovascular disease by:

2. They May Decrease Blood Pressure and Increase Insulin Sensitivity

Researchers in Italy recently fed 15 healthy people either 3 ounces of dark chocolate or the same amount of white chocolate -- which contains no flavanol phytochemicals -- for 15 days. They found that insulin resistance (a risk factor for diabetes) was significantly lowered in those who ate the dark chocolate. Systolic blood pressure (the first number in a blood pressure reading), measured daily, was also lower in the group eating dark chocolate.

3. They May Improve Arterial Blood Flow

Healthy men who consume flavanol-rich cocoa may see improvements in the flow of blood through their arteries, according to recent research. The researchers found that when healthy men consumed the flavanol-rich cocoa, the ability of their blood vessels to relax improved significantly. And arterial blood flow is important for cardiovascular health.

4. They May Help People with Chronic Fatigue Syndrome

In a small study in England, 1 1/2 ounces of 85% cocoa dark chocolate was given to a group of adults with chronic fatigue syndrome every day for eight weeks. In the study, which has been submitted for publication, the participants reported feeling less fatigued after eating the chocolate. Surprisingly, no weight gain was reported in the chocolate-eating group, according to researcher Steve Atkin, PhD.
How might it work? The researchers believe that chocolate enhances the action of neurotransmitters, like serotonin, which help regulate mood and sleep. More research needs to be done to confirm a benefit in this area.

Not All Chocolate Is Created Equal

While the amount of the healthy antioxidant flavonoids varies from one type of chocolate to another, there's one guideline you can take to the bank: The more nonfat cocoa solids in a chocolate product, the more antioxidants it likely contains.
So which type of chocolate has the most flavonoids? The highest levels are in natural cocoa powder (not Dutch cocoa, though, because it is alkalized cocoa). The type second highest in flavonoids is unsweetened baking chocolate. Dark chocolate and semisweet chocolate chips rank third, with milk chocolate and chocolate syrup at the bottom of the list.
Keep in mind, though, that flavanol levels in types of chocolate can vary based on:
Perhaps in the near future, labels on chocolate products will list amounts of flavanols.

Which Type of Chocolate Has the Most Calories and Fat?

By far the lowest-calorie, lowest-fat form of chocolate is cocoa (the unsweetened type). A serving of 3 tablespoons has about:
The equivalent in unsweetened baking chocolate is 1 square (1 ounce), which contributes:
By comparison, a typical 2-ounce serving of semisweet or milk chocolate (with sweetener and other ingredients added) contains:
Semisweet chocolate adds around 3 grams of fiber per 2 ounces, while milk chocolate typically contributes zero. The mostly insoluble fiber in cocoa comes from the seed coat on the unprocessed cocoa bean.
All of this brings us to Health by Chocolate Rule of Thumb #3: For a better flavonoid-to-calorie ratio, choose cocoa powder whenever possible for baking and making hot chocolate.

One thing most chocolate bars have in common is calories. An ounce of sweetened chocolate will cost you about 150 calories -- that's about six to seven chocolate kisses. Here's my take on it as a chocolate lover: Those six kisses are worth every calorie.
But here's a word of caution: The health benefits of chocolate may disappear if you are adding the calories above and beyond your regular intake. This could mean you're adding pounds along with the flavonoids.
Researchers from the University of California at Davis said it best in a scientific review on cocoa and chocolate flavonoids published in the Journal of the American Dietetic Association. They concluded that people may benefit from including a variety of flavonoid-rich foods as part of a healthful diet -- and dark chocolate, in moderate amounts, can be part of this plan.

Now that the word is out that chocolate may have health benefits, special chocolate products are hitting the shelves. Two examples are CocoaVia and Hershey's Cacao Reserve.
1. CocoaVia (by Mars Inc.)
This product contains cocoa powder with a higher amount of flavanol than your average chocolate bar. The company has also added cholesterol-lowering soy sterol esters (similar to the type in Benecol and Take Control margarines). They have also added B-vitamins and calcium and two antioxidant vitamins, C and E.
Whether all this leads to much health benefits remains to be seen. I can tell you that the products I've tried taste worthy of your attention. If you are interested in trying CocoaVia, try to find them on sale because as the amount of nutrients and flavanols went up, so did the price.
There are several types of CocoaVia bars. The Original Chocolate Bars contain (per 22-gram serving):
2. Hershey's Cacao Reserve
Want some of the benefits of dark chocolate but with the flavor of milk chocolate? Try the milk chocolate bars in the Cacao Reserve line by Hershey's. I found them in my drugstore. I tried the Milk Chocolate with Hazelnuts with 35% Cacao. It was delicious, and a cross between a milk chocolate bar and a dark chocolate bar, I think.
Per 1 ounce (that's a little more than 28 grams): 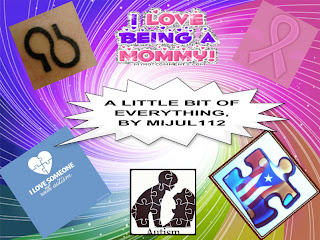